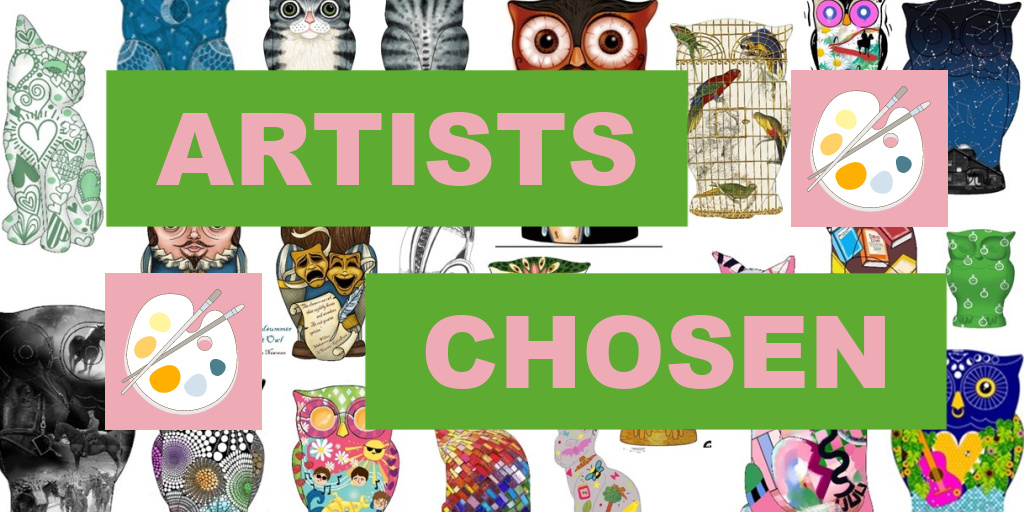 Following a public call out for design ideas at the end of last year, the names of the successful artists chosen to decorate the sculptures that will form Knowsley’s Owl & Pussy-Cat trail this summer, have been announced.

More than 250 designs were submitted by artists from across the UK and now the ‘best’ ideas have been chosen. Artists will now be busily decorating their sculptures ready for the trail to begin in June.

“We had a phenomenal response to our call out for ideas and the submissions we received were wonderfully creative and inspiring. It was great to see so many local artists put forward their ideas, but it was also really good to spot other creatives from across the UK wanting to get involved in the project too. We had a really difficult job selecting the final designs and had to shortlist over two rounds.

“I think the winning designs all offer something completely unique with many taking inspiration from local features, connections or the history of the Borough. As you might expect there is a Shakespeare inspired design in there but lots of others too. There is a design celebrating our connection to the Beatles, another commemorating the service of Blackie the Warhorse buried in Halewood and another taking inspiration from Prescot’s watch making past. I am sure that everyone will have their own favourite when they see them, and I can’t wait for people to be able to view the finished sculptures.”

The Owl & The Pussy-Cat trail will be a key part of Knowsley’s celebrations as the Liverpool City Region Borough of Culture. The thirty two, 2-metre-high sculptures will be displayed across the borough in towns and villages, parks and open spaces throughout the summer this year.

Alongside the large sculptures, there will also be a further 50 smaller owls and pussycats on display which have been decorated by Knowsley schools.

The trail, which individuals and families will be able to follow and track their progress on a downloadable app, commemorates the fact that the world famous poem The Owl & The Pussy-Cat was actually written in Knowsley by Edward Lear.

In the coming months more information about the artists, their designs and inspirations will be shared to help build excitement ahead of the sculptures starting to appear in June. Location details will also be shared nearer the time.

In addition to the artists commissioned to work on their own designs a number have been selected to work with community groups to decorate some of the sculptures. Dates and arrangements for workshops or public sessions will be shared in due course.