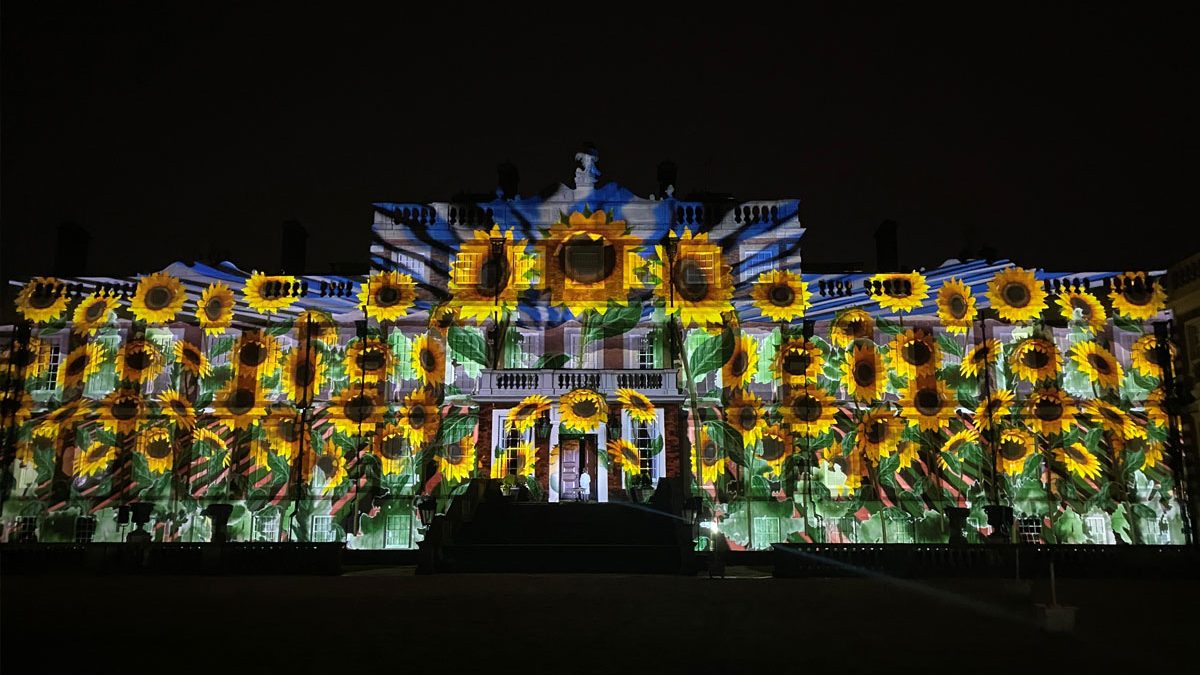 Knowsley’s enchanting New Dawn Light Spectacular is now available for everyone to watch and enjoy.

The dramatic projection, which transformed the iconic Knowsley Hall into a pop-up storybook, was the climax of Knowsley’s New Dawn programme which opened its year as Liverpool City Region Borough of Culture.

The specially created artwork was produced by Illuminos to tell stories of the borough’s colourful and intriguing past, present and future. It was accompanied by a bespoke soundtrack created by award winning composer Patrick Dineen.

Cllr Shelley Powell, Knowsley’s Cabinet Member for Neighbourhoods and Communities, said: “This magical projection is really special as it tells so many fascinating stories about Knowsley. I’m sure that there is something in there that everyone will recognise or relate to.

“I am delighted that this is now available for everyone to watch and experience for themselves.”