Tickets on sale for opening season at Shakespeare North Playhouse 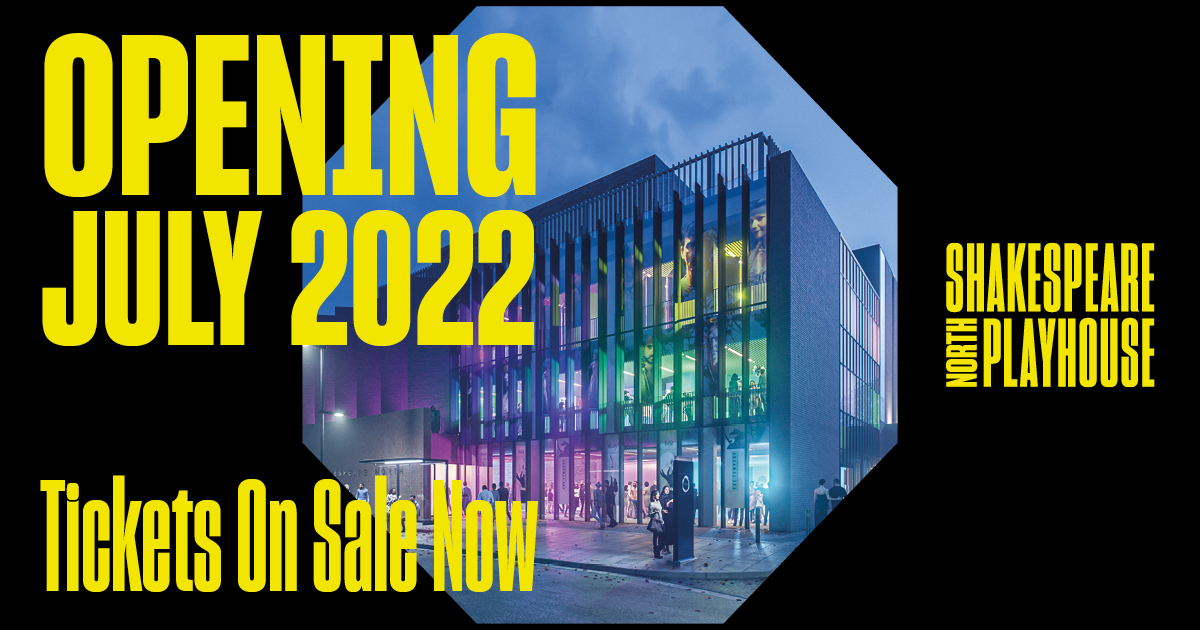 It’s official, you can now book tickets for the opening season at the Shakespeare North Playhouse in Prescot from today.

Among the highlights will be Shakespeare’s classic comedy A Midsummer Night’s Dream, world-class comedy and music from a wide variety of artists, including two local legends, Liverpool screenwriter Jimmy McGovern and St Helens comedian and actor Johnny Vegas.

The first plays to grace the Cockpit stage, will be those written by three young winners of the As You Write It national playwriting competition, run in conjunction with BBC’s The One Show, as part of the theatre’s mission to nurture new talent.

And this Christmas, Charles Dickens’ A Christmas Carol, will  be recreated with a distinctly Knowsley feel, offering ‘a slightly bonkers, fast and furious retelling of the original text with some familiar local references and a sprinkling of pantomime fun.

In addition to the shows that the Shakespeare North Playhouse is producing for the space, there is also a wonderful season of shows by other theatre makers, including Imaginarium Theatre.

You can book tickets on the Shakespeare North Playhouse website.

The stunning new venue, home to the only 17th-century style timber theatre outside London, will open its doors to the public with a joyful weekend of free festivities (15 -17 July) as part of Knowsley’s year as the Liverpool City Region Borough of Culture.

Shakespeare North Playhouse has been built entirely during the pandemic thanks to public funds and donations, including £12.2m from Knowsley Council, £10.5m from the Liverpool City Region Combined Authority, £5m from the Treasury via Arts Council England, and £3m from the Government’s Covid-19 Cultural Recovery Fund.

Another £1m+ has come from private and philanthropic donations including the Ken Dodd Charitable Foundation which generously supported the funding of the performance garden, The Garfield Weston Foundation and The Foyle Foundation. A further £8m is being provided by the Liverpool City Region Combined Authority to improve the local transport infrastructure.