THE ‘EARTH’ LANDS IN KIRKBY 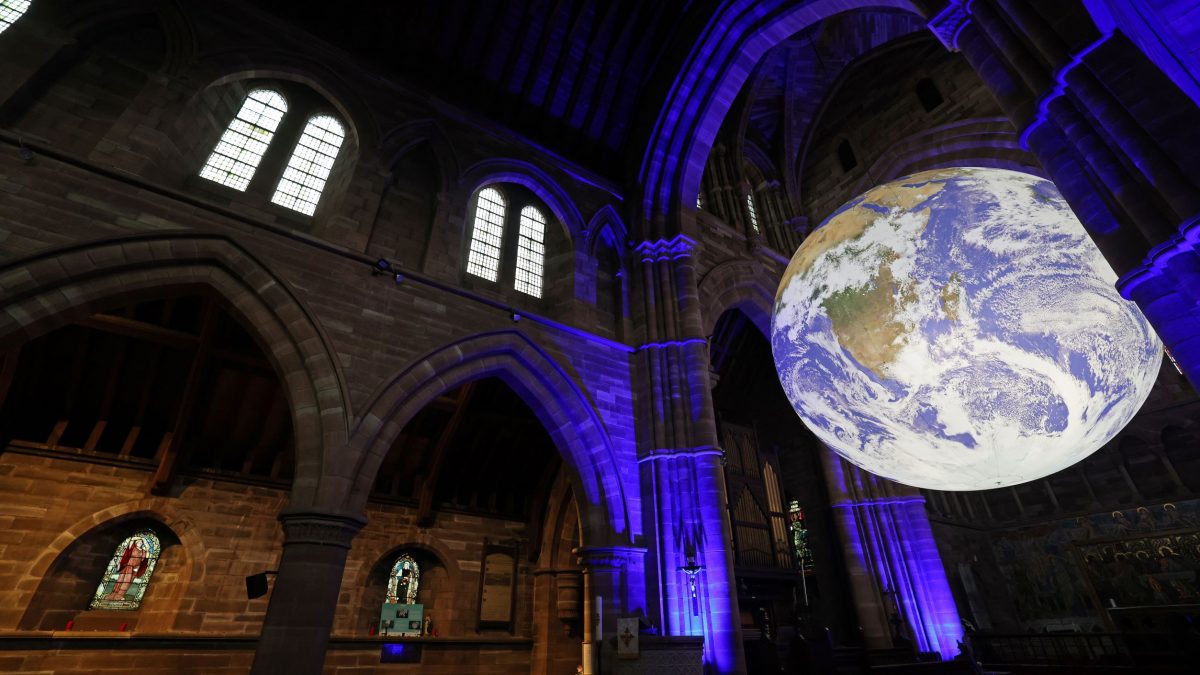 The much-anticipated earth sculpture, Gaia has arrived in Kirkby and tickets are now available to book online.

Today, Friday 28 January, Luke Jerram’s 6-metre-wide replica of the earth was officially launched at St. Chad’s Church and will be on display for the next three weeks – until Thursday 17 February.

Forming part of Knowsley’s programme for its year as Liverpool City Region Borough of Culture 2022, Gaia is a touring artwork that aims to demonstrate the fragility of the planet. The artwork was created from detailed NASA imagery of the earth’s surface and provides a unique opportunity to view our planet, floating in three dimensions and revolving slowly.

Its creator Luke Jerram says: “I hope visitors to Gaia get to see the earth as if from space; an incredibly beautiful and precious place. An ecosystem we urgently need to look after – our only home.”

In addition to being visually dramatic, Gaia is also accompanied by a surround sound composition by BAFTA award winning composer Dan Jones.

Open daily, more than 15,000 time slots have been released to ensure as many people in the community as possible can experience this world-renowned artwork for themselves.

Cllr Shelley Powell, Cabinet Member for Communities and Neighbourhoods said: “We know that Gaia has proved incredibly popular in the other locations it has toured and people really have not wanted to miss out on seeing it in their local area.  We have allocated time entry ticketing which will not only help to control the safe flow of people through the church but will also ensure people are guaranteed entry and have enough time to appreciate the artwork and whole experience.

“We have an amazing programme of events taking place whilst Gaia is at St. Chads and on occasion this means that the space will not be open to the public, so we want to ensure that people don’t just turn up at the Church and are disappointed if they are not able to get in. Ultimately, we want as many people as possible to enjoy this experience, so don’t wait, book your FREE tickets now.”

All information regarding Gaia – including a link to book tickets – is now available on www.cultureknowsley.co.uk/gaia/

Further details about the accompanying events programme will be announced soon.