Knowsley’s footballing heritage to be celebrated – and we need your help! 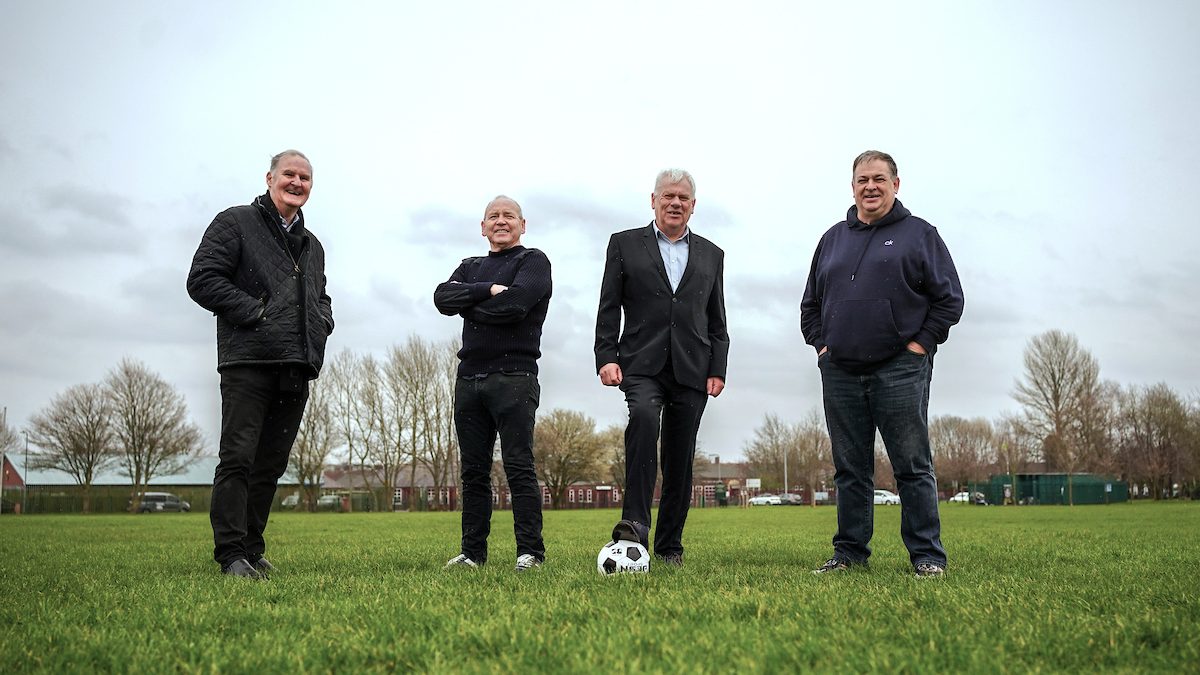 A trio of local football fanatics are turning to the Knowsley community to help them celebrate the Borough’s rich footballing heritage and, in particular, the ‘Team of ‘71’.

In 1971, Huyton Schoolboys made history when they became the first non-city team to win the English Schoolboys FA Trophy. Played at Goodison Park, the final’s second leg attracted thousands of spectators, who witnessed the team defeat their opponents Stoke Boys by an aggregate 5-1 score line.

Players, like Everton legend Peter Reid were part of the squad that day which was managed by former Sheffield Wednesday player Eddie Kilshaw and the future award-winning playwright Alan Bleasdale, both of whom taught at Huyton schools at the time.

Now, more than 50 years later, Mark Campbell, Kenny Saunders and Mike Reid are working with Knowsley Council to compile an exhibition of memorabilia recognising this achievement and commemorating all aspects of Knowsley’s rich footballing history. The exhibition will be a key part of Knowsley’s year as the Liverpool City Region Borough of Culture.

Mark Campbell followed the Huyton Boys team throughout their successful campaign and has documented this in a book – ‘Huyton’s Titans’ – which will be launched this summer. Mark said:

“I’ve accumulated a fair bit of memorabilia, not only relating to Huyton Boys, but also the other areas the book covers. Everything from local amateur and junior football, to the history of Prescot Cables, women’s football, the rise and fall of Knowsley United and the wealth of players from our area who have graduated to play in the English Football League.

However, I’m sure there’s loads more stuff out there. We would love it if people could get up in the loft or root through their cupboards to find items to add to the collection – photos, medals, programmes, tickets, anything!”

Mark, Mike and Kenny have their own vivid memories of the cup winning game and are looking for other people who want to share their recollections of the momentous season or just their general memories of playing or watching football in the Borough over the years.

Mike Reid, brother of Everton legend Peter Reid recalls: “I was a programme seller on the night but also remember proudly watching Peter covering every blade of grass on the Goodison pitch.”

Kenny’s brother Keith was also part of the squad. He cites the team of ‘71 as the inspiration for him pursuing a career in the game which included scoring a brace of goals at Anfield for Liverpool reserves. Decades later he still coaches kids for free every weekend.

A spokesperson from Knowsley Council said:

The power of sport – and particularly football in this area – is so strong. It brings people together, inspires people and creates life-long memories. In a place like Knowsley – where football is part of our DNA almost – it seems only fitting for us to celebrate that.

And when you think of all the footballing greats who hail from this area then I am certain there will be a lot to celebrate and lots of wonderful stories to tell. If you a story you want to share or have some memorabilia you have kept over the years and would love to showcase, then please come forward.”

The museum of football memorabilia will tour Knowsley during the summer of 2022 as part of the Borough’s celebrations as the Liverpool City Region Borough of Culture.

To tell your story or make a contribution to the Memorabilia Museum please email boroughofculture22@knowsley.gov.uk or if you have any questions or queries contact Sarah Craven on 07920531356. All items donated will be returned.A spokesperson from Knowsley Council said: