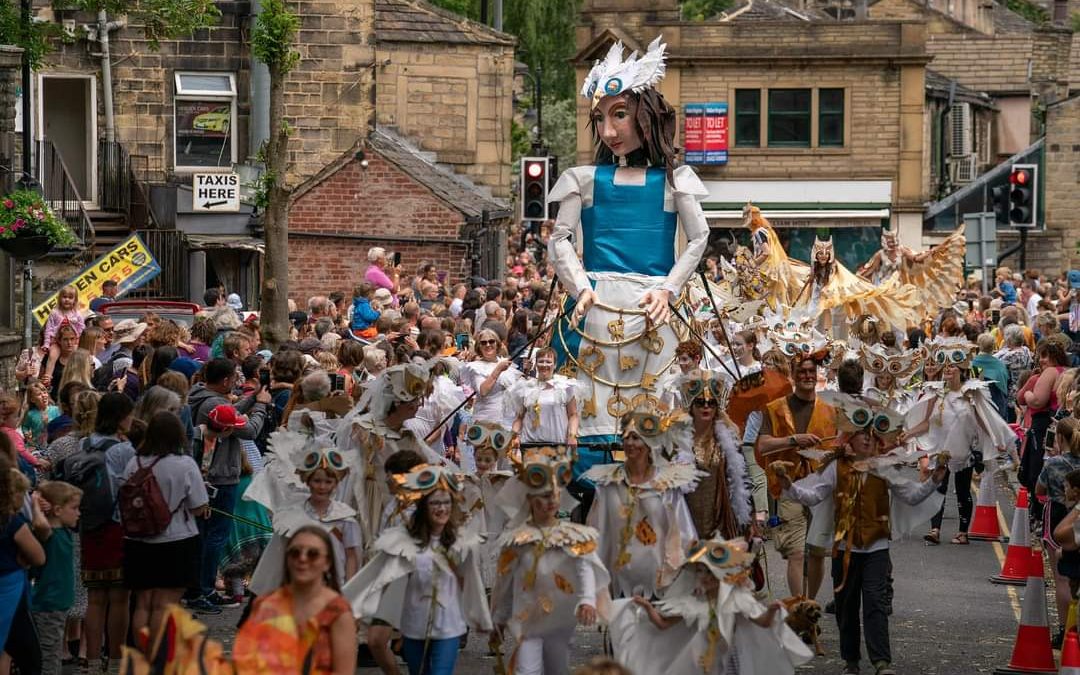 On Saturday 4 June, Knowsley Village will become a spectacle of colour and sound as dancers, drummers, large-scale puppets, stilt walkers and local people take to the streets for a one-of-a kind parade, as part of Knowsley’s Borough of Culture celebrations and on the weekend of the Queen’s Platinum Jubilee.

‘Kings, Queens and Mr Lear’ is a vibrant parade, inspired by the rich cultural heritage of Knowsley Village. The village has a long history of holding royal celebrations as well as connections to renowned artist, author, and poet Edward Lear, who while living at Knowsley Hall painted an array of exotic birds and animals and is said to have written ‘The Owl and the Pussy-cat’ for the Earl of Derby’s children.

Drawing from this, local children and young people from Knowsley Village Primary School, St. John Fisher Primary School and the local Scouts and Cubs will transform into Kings, Queens, owls, pussycats, and exotic birds to parade through the streets and there will be performances from Danceworks Knowsley and Katumba Drummers

There will also be a day of community workshops on Wednesday 1 June, giving people the opportunity to create animal masks, royal crowns, and handheld parade art with community artist Nayna Lad. Workshop participants will be able to sign up to join the ‘community’ section of the parade and show off their art and costumes. The workshops are open to all ages and are free to participate in but must be booked in advance via Eventbrite

The parade will begin at 2pm on 4 June, starting at St John Fisher Parish on Tithebarn Road, Knowsley Village. Full details of the route are available online at https://www.cultureknowsley.co.uk/knowsley-village-parade/

Please contact Bea Anderton on bea.anderton@knowsley.gov.uk with any queries related to the parade or the parade workshops. 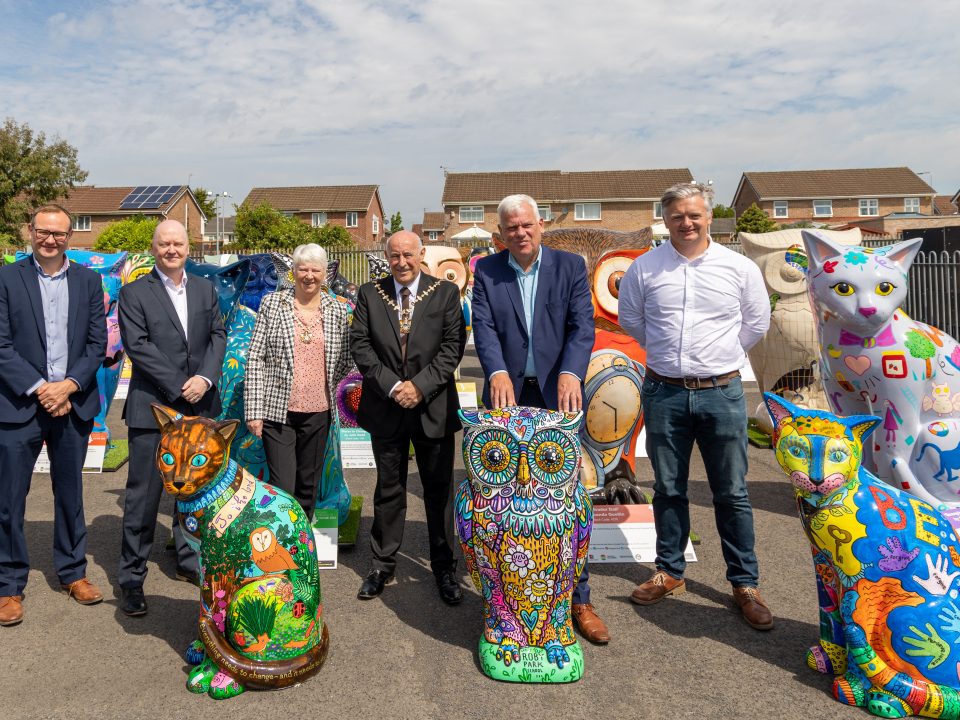 Eye spy with my little eye, something beginning with ‘O’ & ‘P’! 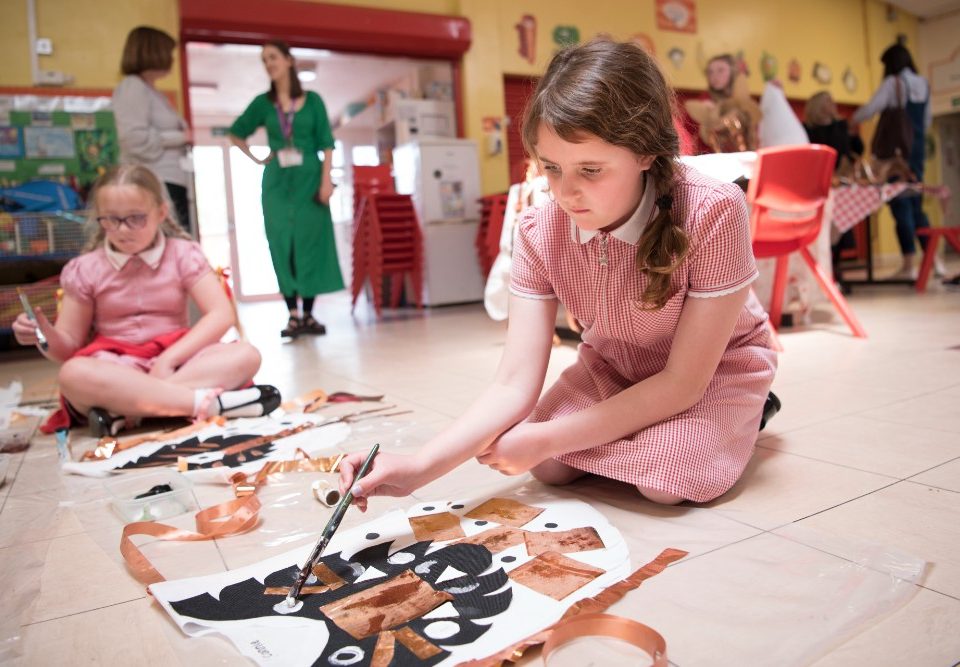 Get involved and make your mark on Knowsley Village’s amazing parade! 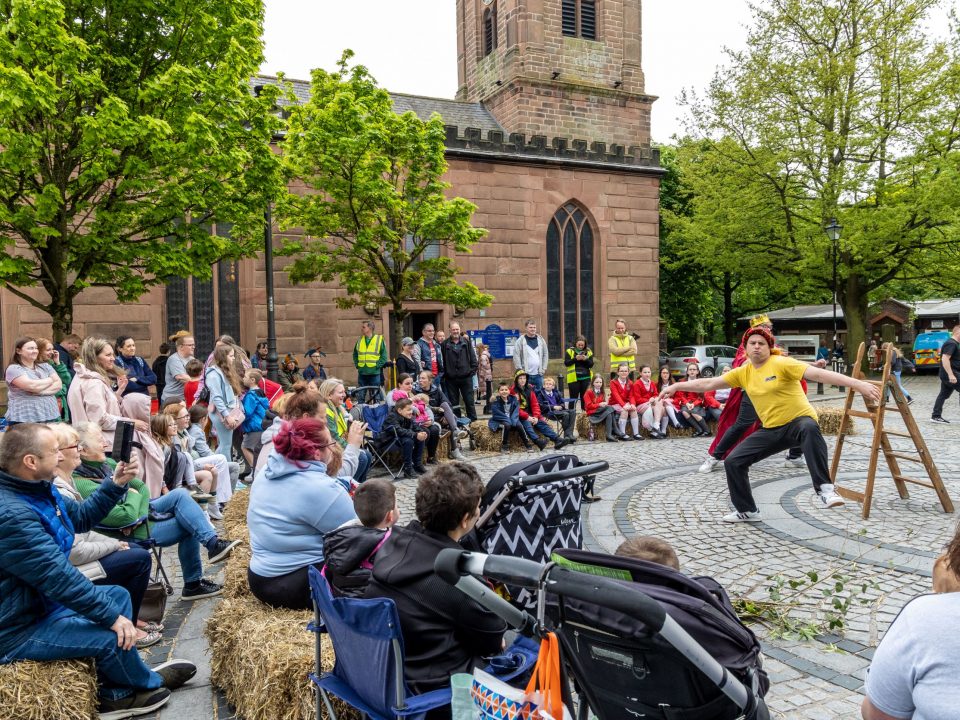