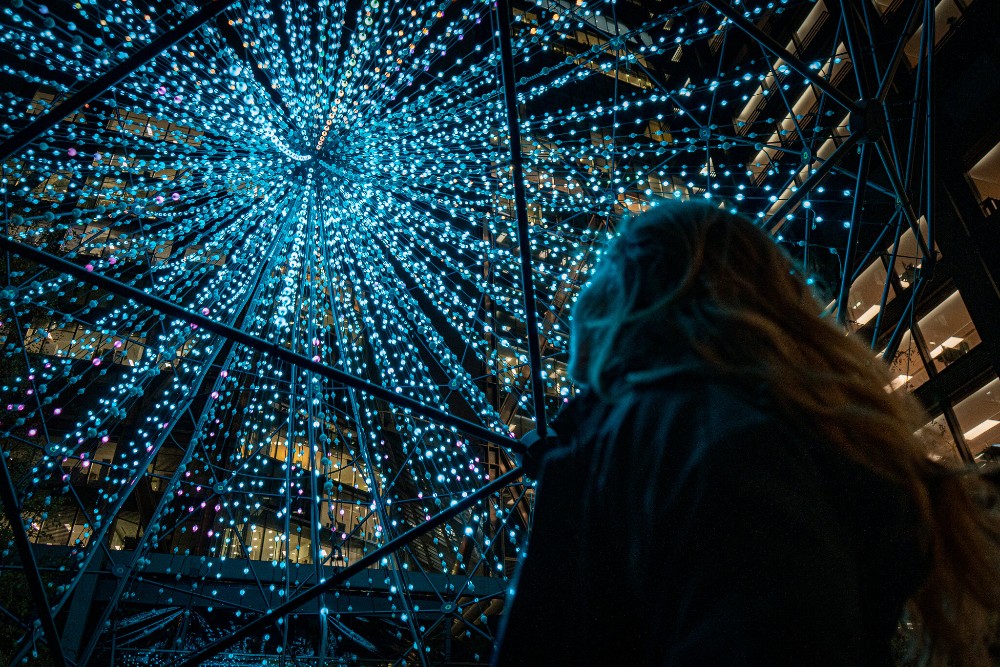 Organisers of Knowsley’s Borough of Culture celebrations have now announced details of a second light installation that will come to Huyton Village Centre as part of ‘New Dawn’ – the dramatic illumination programme that is kicking off the year for the Knowsley.

Working with renowned international artists Squid Soup, the Council has confirmed that ‘Singularity’ – a suspended sphere of light and movement – will be in Huyton from Saturday 12 February until 26 February.

The work consists of 6720 controllable mapped points of light, made up of over 20,000 LEDs and will be located on The Forum in Huyton Village. ‘Singularity’ will complement Squid Soup’s ‘Submergence’ which will also be in the village centre at the same time – adding a new and fascinating dimension to life after dark.

Cllr Tony Brennan, Cabinet Member for Regeneration and Economic Development said: “We are really excited to bring another world class light installation to Huyton Village as part of Knowsley’s Borough of Culture celebrations. We have ambitious investment plans for Huyton Village and in recent years a thriving night-time economy has developed.

“This installation will be a great addition to that offer and is sure to attract visitors from across the Borough, and beyond. Many of these visitors may not have experienced what Huyton has to offer and this is the perfect opportunity for them to discover that for themselves.”

Submergence and Singularity will be in Huyton Village from 12 – 26 February and illuminated between 5pm and 10pm daily.

About Borough of Culture: