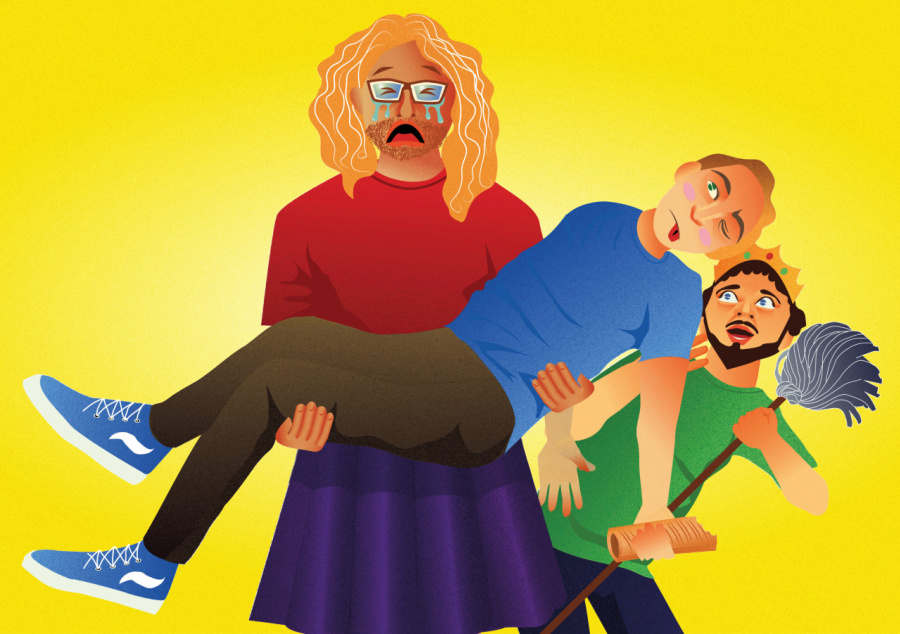 Enemies. Balconies. Kissing… sausage rolls!? Three idiots attempt to stage Shakespeare’s most heartbreaking tragedy using only a box of pound-shop props, a flowery dress, a Simon Cowell mask, and a broom they found by the bins. Chaos ensues.

The hilarious and celebrated Rubbish Shakespeare Company proudly present the critically-acclaimed, comedic adaptation of The Bard’s most beloved play. Described as ‘like Horrible Histories but funnier’ (Primary Times), and with influences from Python to Pixar, ‘Rubbish Romeo and Juliet’ is an anarchic and joyous, interactive, family-friendly event – and it’s far from rubbish!

Featuring clowning, slapstick and innovative storytelling, this accessible Shakespeare production is a perfect introduction to the works of William Shakespeare (or even theatre itself) and will have you and your little ones belly laughing in delight.

Music and songs hummed by

Performances at 2pm and 7pm