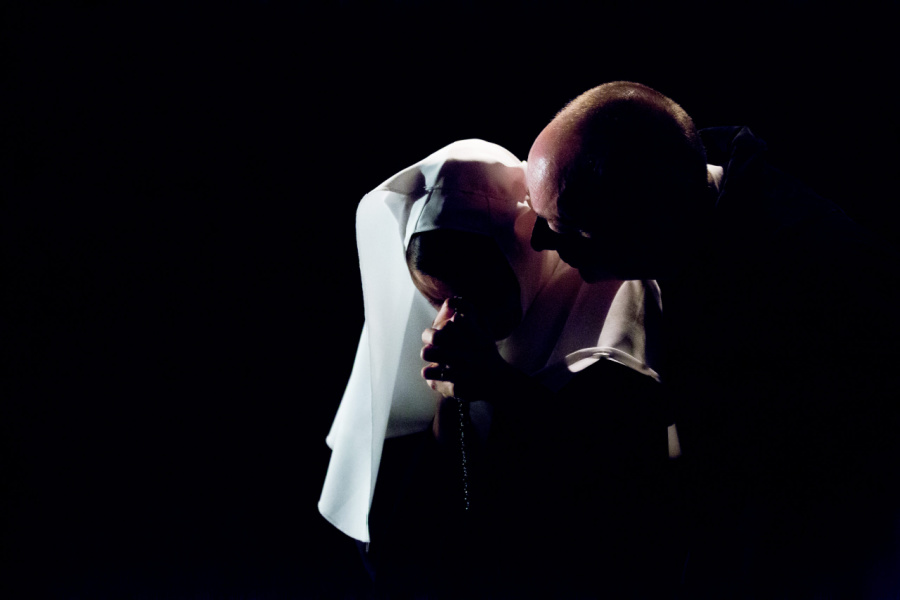 How far would you go to save a brother’s life? Is life itself always worth more than the way it’s lived? What would you sacrifice for a shot

How far would you go to save a brother’s life? Is life itself always worth more than the way it’s lived? What would you sacrifice for a shot at happiness, security and comfort?

Two women in crisis, five centuries apart.  Half Measures explores a world in which threats from plague and war recall William Shakespeare’s time, and scenes from Shakespeare’s Measure for Measure (1604) are set against dramatic episodes located in Liverpool, today.

Shakespeare’s characters include the Duke of Vienna, Lord Angelo – his Deputy – and Isabella, a novice nun. Isabella must ask mercy for her brother, sentenced to death because of his girlfriend’s pregnancy under an ancient law revived by Angelo.

In our world, Nadia, a young woman from Eastern Ukraine, smuggled illegally into England via the port of Liverpool, meets Angelo Saldini, an Italian football star at Liverpool FC…

Following a short interval, audience members are invited to have a drink and conversation about their responses to the play.